When creating chloropleth maps to indicate an area's population, wealth, ethnicity, or other variables, you can now also indicate the actual values that are being represented on the map.

For example, when making a map on Total Population in Calgary, Alberta, the dark green areas previously would indicate which area had more Population:

Now when you're creating a map, you can also indicate the Population statistics associated with a dark, or light green area, using the histogram shown in your Target Market legend. 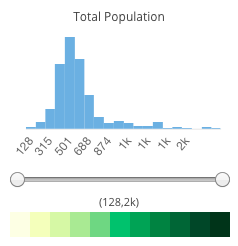 This legend is included in any full page map you create, so you can now indicate the actual values being shown when preparing to print or save PDF maps: 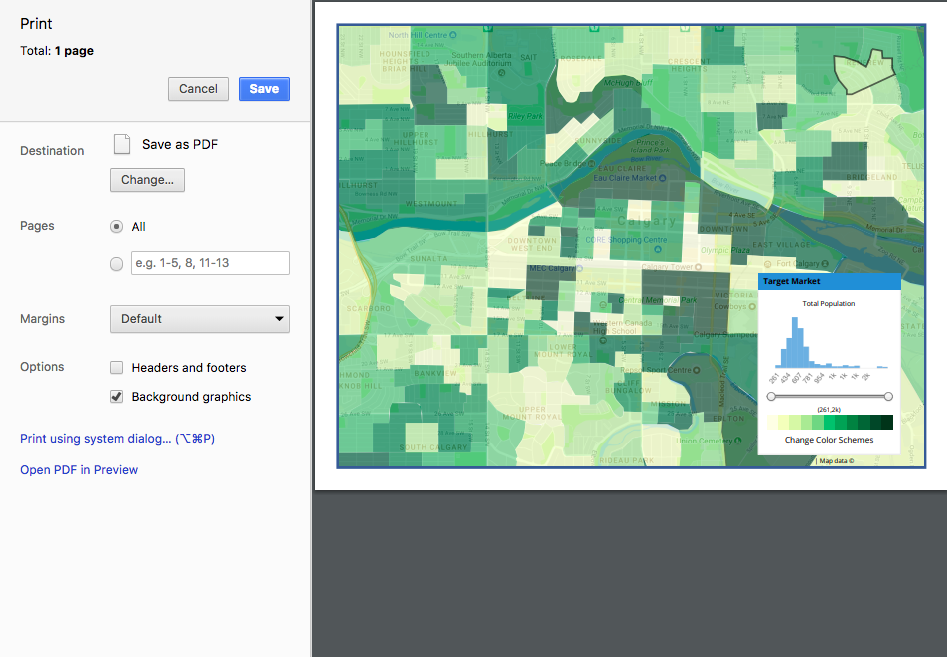 In addition to seeing the absolute ranges of your population distribution, you can also choose to only show a certain range in the heatmap.

For example, let's say you wanted to only see areas with over 1,000 people. Use the slider in your heatmap legend to indicate what range you want to see:

3. Change the Color of the Heatmap

The heatmap color has traditionally been shown as a green color scheme, going from light yellow green, to a dark green color. You can now choose between four different color schemes depending on how you want to display the data.

To change the heatmap coloring, navigate to the legend of the heatmap and select the option to "Change Color Scheme":

Still have questions? Don't hesitate to reach out to your Customer Success Manager in the Chat, or email support@piinpoint.com for help.